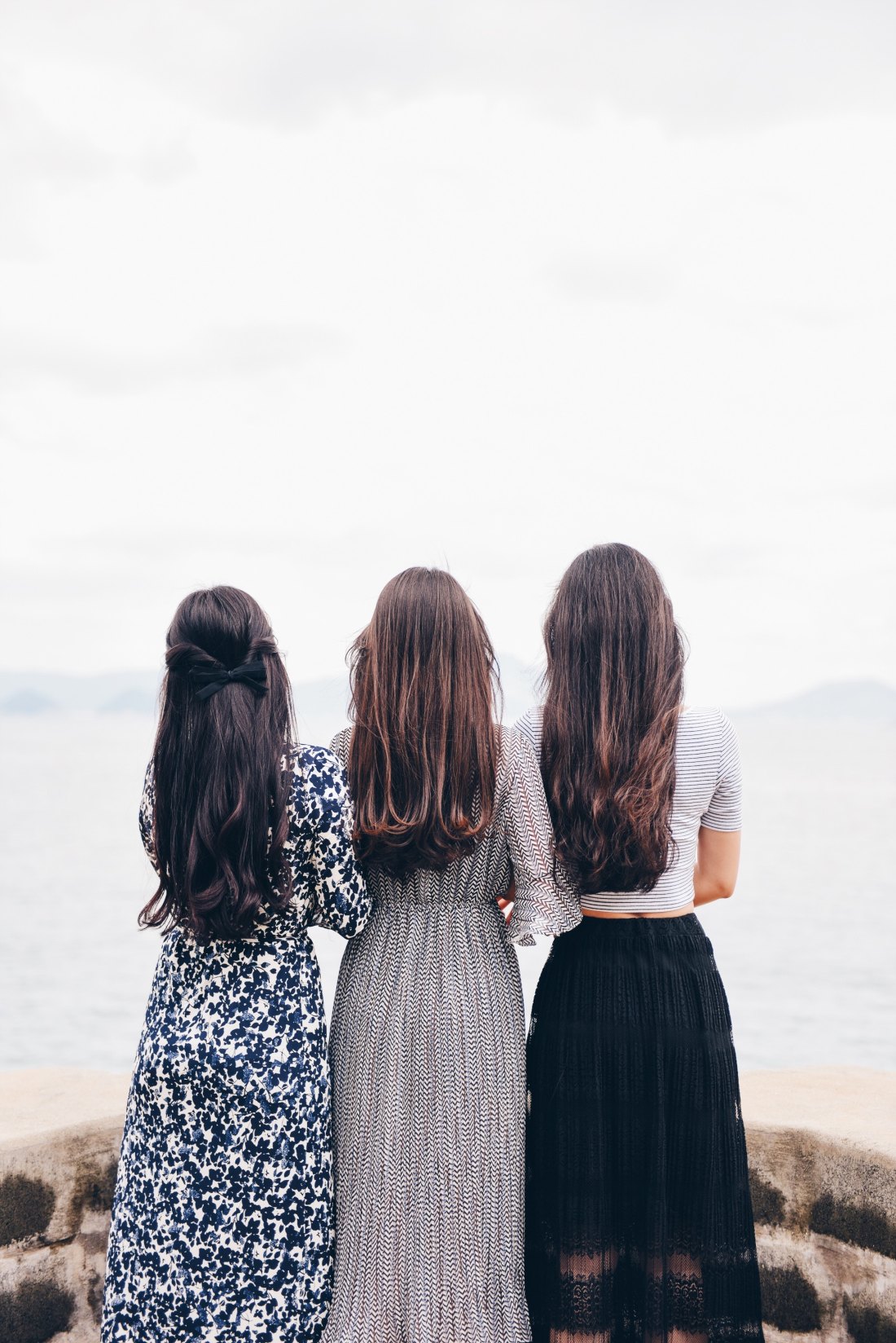 Full disclosure: I am about to rave about a conference held by a website for which I am a contributing writer. Hopefully, that doesn’t diminish my credibility; the only thing that would have changed had I experienced the 2019 FemCatholic Conference not as a FemCatholic contributing writer is that I wouldn’t have experienced the feeling of pride for being part of such an incredible event.

FemCatholic is a blog. At least, it started as a blog. It’s grown to be a website with many passionate contributors, a Facebook group with a diverse membership of Catholic women, and a live (hopefully annual) conference. It was founded by Samantha Povlock to respond to Pope St. John Paul the Great’s call:

I am convinced that the secret of making speedy progress in achieving full respect for women and their identity involves more than simply the condemnation of discrimination and injustices, necessary though this may be. Such respect must first and foremost be won through an effective and intelligent campaign for the promotion of women, concentrating on all areas of women’s life and beginning with a universal recognition of the dignity of women.

Yesterday was the first FemCatholic Conference. We started the day around 7:30 (I say “we,” but I know Sam and the rest of the conference team were there before I arrived!). I was one of the people working the registration table, which sounds like something not worth mentioning, except that it was so great to greet the women who had come to this conference. Students, young moms (with their babies, because why have a women’s conference if you can’t welcome babies?), married couples, moms with their teenage daughters, working women, stay-at-home moms, and even some religious sisters … These women (and men) came from a variety of walks of life and experiences. We were all there because we are passionate about women, we are passionate about the Church and we are passionate about Jesus.

I attended talks by Claire Swinarski (of “The Catholic Feminist” podcast), Shannon Ochoa (founder of Eden Invitation), Erika Bachiochi (a scholar and the editor of two books on women, sex and the Church), Meg Hunter-Kilmer (a “hobo missionary” and blogger), Gabrielle Jastrebski (of the FEMM Foundation), and Mary Hallan FioRito (a pro-life leader and University of Notre Dame scholar). There were several other speakers, too, but with the exception of Bachiochi and Hunter-Kilmer, each talk was given simultaneously with another talk, so I didn’t see them. At no point in any talk did I wish I were at the other one – not because the other ones didn’t sound amazing but because I was enjoying where I was so much.

It’s hard to distill a day of wisdom and fellowship into one blog post with five pithy bulletpoints. But I’m going to do it anyway.

So, here they are: my five main takeaways from the first annual FemCatholic Conference:

1. Sexual asymmetry exists, and we shouldn’t try to deny it.

Bachiochi’s talk was titled, “How the Church Beats Feminism at its own Game,” and that phrase really sums up the theme of the conference. Her talk was specifically about men, women, and our biological and sexual differences – and the implications of those differences on our culture and our relationships. We have a call to “authentic reproductive justice,” she says, which doesn’t define “just” as “same.” Authentic reproductive justice acknowledges that women do carry more of the physical (and, often, emotional) burden of sex and that this asymmetry isn’t inherently a bad thing. It does mean, however, that “just as nature has both gifted and burdened women with the capacity to bear children, culture ought to both gift and burden men with the duties that come with begetting them.”

2. The fact that women were the ones who stood at the foot of the cross means that we are strong.

Swinarski pointed out that remaining with Jesus until the end – even to standing at the foot of the very cross that killed him – was a really, really hard thing to do. I don’t think we acknowledge this truth enough: that most of Jesus’ closest friends and disciples were not with him at his trial, torture and death, because they were (justifiably) afraid.

But women were. Women were there to suffer with him, to be there in his last moments. And that wasn’t easy. If those women had that kind of strength, imagine what we can do now!

3. Being a Christian is “glorious and grueling.”

Another truth, spoken in this case by Ochoa. She is the founder of Eden Invitation, a ministry to young adults by “celebrating personal integration and promoting solidarity beyond the LGBT+ paradigm.” Ochoa shared her personal story – her experience as a Catholic who is attracted to women and her experience as a woman totally in love with Jesus. Her experience qualifies her to say that yes, being a faithful follower of Christ is hard. But it is glorious.

4. Saints come in all shapes and sizes.

FioRito gave a talk on Dorothy Day and Caryll Houselander. Neither of them has actually been named a saint. Yet. Day is a Servant of God, meaning that the Vatican has officially opened her cause for canonization, and Houselander was a holy woman whose cause has not been opened (yet). Day is famous for creating the Catholic Worker Movement, a group of communities practicing voluntary poverty and hospitality for “the homeless, exiled, hungry, and forsaken.” Both were complicated and inspiring and unique and human. Both took her own route to being a Christian.

Hunter-Kilmer’s closing keynote, “The Wild Diversity of Catholic Femininity,” shared story after story of female saint/Servant of God/venerable/blessed woman. Many were not women I had ever heard of. Each, again, was unique. There is no mold for how to become a saint, Hunter-Kimler said. Rather, each of us should strive to become a saint in the way in which God made us to do so. “Holiness is a project,” she said. “Holiness is a journey.”

5. Women’s health is, perhaps, the last great hurdle toward gender equity in the United States.

I emphasize “in the United States,” because there are appalling conditions for women in many parts of the world. Here in America, however, we have won legal rights. We go to school, we work, we live and pray freely. But the state of women’s health is a travesty. As Jastrebski said in her talk, it is a scourge.

I could go on about this topic forever. Ask my boyfriend; he’s heard my rant/sermon/soapbox speech multiple times (thanks, babe!). Suffice it to say that a common theme throughout the day was that our country treats women’s fertility as an illness, gives it a band-aid, and doesn’t treat the actual illnesses that drive women to the doctor in the first place. We have created a pill aimed at satisfying a male desire for sex on demand, without consequence, and we have encouraged the same desire in women, too. Women don’t know the details of their cycle, which Jastrebski described as the basic “report card” that tells us how our overall health is doing. We don’t know how to monitor our health, and if we do notice something that doesn’t seem right, our doctors prescribe us a pill to suppress, rather than address, that problem.

6. “The Lord wants to do something big, bold and beautiful with you.”

I said five takeaways, but here’s a bonus. And it really encompasses all the rest. Each speaker yesterday convinced me that she has a deep, intimate relationship with Jesus – not because she said so but because she spoke about Him as a friend. He is the truest friend, because He wants what is best for us, and because he actually knows what’s best for us.

For I know well the plans I have in mind for you … plans for your welfare and not for woe, so as to give you a future of hope. When you call me, and come and pray to me, I will listen to you. When you look for me, you will find me.

As a direct result of this conference, this morning at Mass, I was reminded so much of the actual presence of Christ in the Eucharist. I felt Him there, waiting for me.

And sisters, He’s waiting for you, too.

Taryn Oesch DeLong is a wife, mother, editor, and writer in Raleigh, North Carolina. Passionate about supporting women in work, in life, and in health, she is the managing editor at Catholic Women in Business; a contributor at Live Today Well Co., CatholicMom.com, and Natural Womanhood; and a fertility awareness advocate and FEMM instructor. When she’s not editing, writing, or spending time with her husband and their daughter, you'll find Taryn reading Jane Austen and drinking a cup of Earl Grey tea, playing the flute or the piano, or volunteering with the pro-life ministry at her parish. View all posts by Taryn Oesch DeLong

2 thoughts on “5 Takeaways from the First Annual FemCatholic Conference”

Subscribe to my email newsletter, and receive a free download: "13 Things Edith Stein Could Have Written Today."