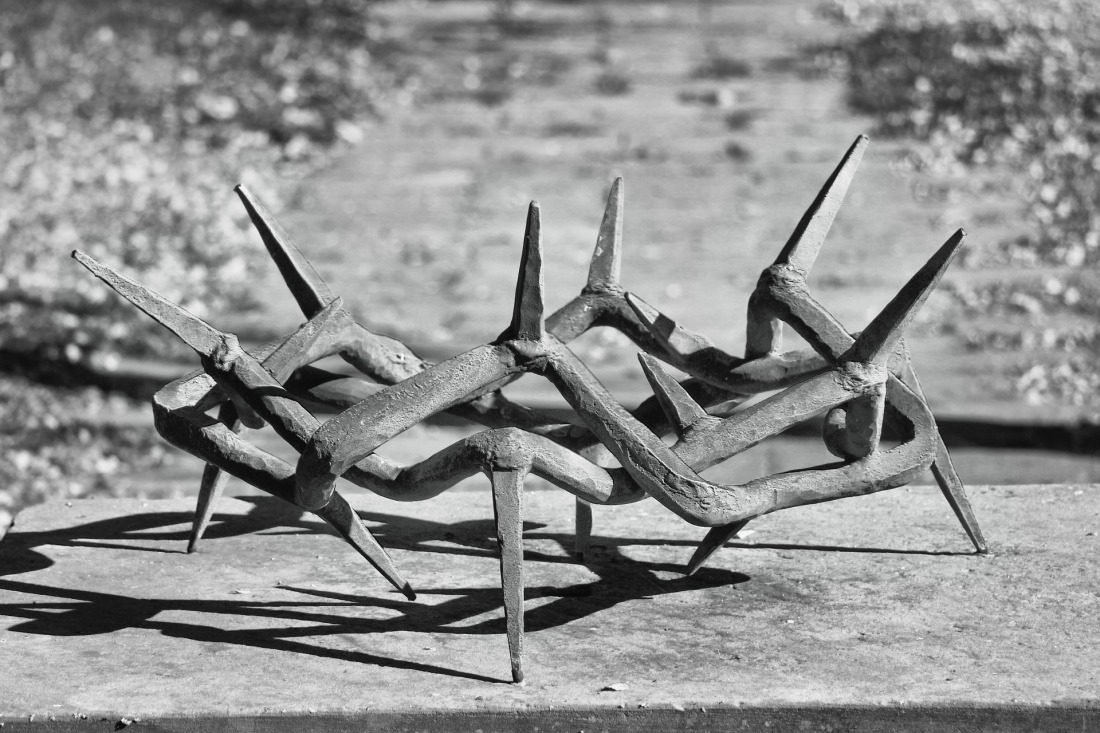 The crown of thorns should not be beautiful.

Thorns, after all, are the ugliest part of a rose bush. They prickle and cut.

Weaving a crown out of thorns, they placed it on his head, and a reed in his right hand. And kneeling before him, they mocked him, saying, “Hail, King of the Jews!” (Matthew 27:29)

Jesus Christ did not have a crown of gold or silver. He did not have any crown at all, until just before He was crucified, when he wore a crown of thorns, stabbing into his head even though he had just been beaten almost to death and was about to be crucified.

Little did his tormenters know that this was exactly the crown He was looking for.

According to the University of Michigan’s “Online Symbolism Dictionary,” “Denoting sin, sorrow and hardship, the thorn is one of the most ancient symbols in the world.” This symbolism is apparent in the Old Testament and reaches fruition in the crowning of Jesus as he takes on our sins and dies to save us from them.

St. Teresa Benedict of the Cross, also known as Edith Stein (whom I discovered – and fell in love with – after reading “Embracing Edith Stein” by Anne Costa and then devouring Edith’s “Essays on Woman”), believed that dying as a Jew (she converted to Catholicism as an adult) in the Holocaust was a cross she could bear for Christ:

I told our Lord that I knew it was His cross that was now being placed upon the Jewish people; that most of them did not understand this, but that those who did would have to take it up willingly in the name of all. I would do that. At the end of the service, I was certain that I had been heard. But what this carrying of the cross was to consist in, that I did not yet know.

Jesus said, “If anyone wishes to come after me, he must deny himself and take up his cross daily and follow me” (Luke 9:23). That includes suffering the sting of thorns, too.

Notre-Dame Cathedral burned today. As I write this blog post, no one has been able to confirm that the crown of thorns, a relic housed at the cathedral, has been saved, though unsubstantiated reports have said that it was. It would be a tragedy if the crown of thorns that once sat atop our Lord’s head have, after two millennia, burned. But the real tragedy would be if we forgot about them and what they stood for.